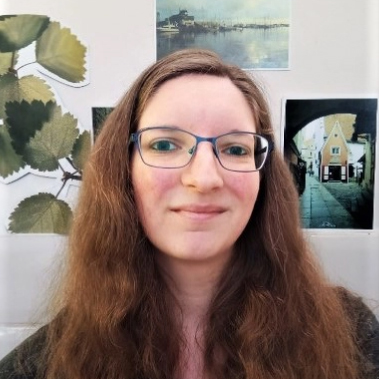 Anna Derksen is a researcher specialised in modern Nordic and Scandinavian history, disability, eugenics, as well as experiences of welfare and social policy interventions. With a background in European Ethnology, Scandinavian Studies and Modern History at the Universities of Jena and Gothenburg, and a doctoral project on Nordic disability rights activism in transnational perspective at Leiden University, she joined the IRTG “Baltic Peripeties” as assistant lecturer. In her current research, she applies a narratological approach to investigate public and medial discourses on past eugenic practices in Scandinavia as historical turning points for collective memory, national identity, and welfare state narratives.

“A Good Home for Whom?” Body Politics and Scandinavian Welfare Narratives (working title)

In 1997, the Swedish newspaper Dagens Nyheter made international headlines upon reporting that Swedish doctors between 1934 and 1976 had performed about 60,000 involuntary sterilisations in a government-mandated programme. Although this ‘dark chapter’ in Scandinavian history had long been known to medical professionals and historians, its revelation caused a storm of public outrage that reached far beyond national borders. At its centre stood the experiences of marginalised minority groups, but also established narratives of the Scandinavian welfare state – the “good home for the people”, as Sweden’s former prime minister Per Albin Hansson had phrased it in 1928. Drawing on narratological theory and the Aristotelian notion of ‘peripety’, I ask how divergent minority experiences may (re)configure collective narratives and self-images of Scandinavian welfare societies. My project does not investigate eugenic and body political interventions themselves, but rather the ex post discourses they generated. These include, among others, public and medial negotiations on state-mandated coercive sterilisations and other medico-eugenic practices, the social experiment on Greenlandic children sent to Denmark for re-education, as well as race biological interventions against the Sámi people. How and to what extent have these post-eugenic debates provoked critical reflection on the role and legitimacy of the welfare state? Are they indicative of a broader ‘turn’ in Scandinavian self-images? Such accounts, the project argues, may shed light on how the peripety of ‘public discovery’ of eugenic and body political interventions has been perpetuated; creating new and often ambivalent historical reference points in Scandinavian memory culture.