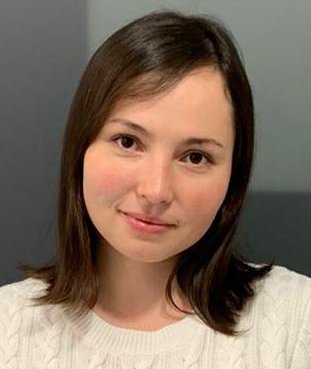 Rezeda Lyykorpi is a doctoral researcher in the International Research Training Group “Baltic Peripeties” at the University of Greifswald and a student in the Doctoral Programme in Social and Cultural Encounters at the University of Eastern Finland. Her research interests include memory and migration studies. In the qualitative study on the Königsberg’s memory in Kaliningrad her ex-Kaliningrader background helps her to apply both insider and outsider positions while dealing with the multivocality of perspectives on the respective phenomenon.

A Place with a Powerful Past: Representations of Königsberg’s Memory in Kaliningrad

My PhD project is focused on the memory of German Königsberg in today’s Kaliningrad – Russian exclave on the Baltic Sea. The main aim of this research is to explore how memory of Königsberg is represented and interpreted by Kaliningraders, who are mostly ethnic Russians. After the end of World War II, the territory of Königsberg and the adjacent areas were transferred to the Soviet Union. This was followed by the expulsion of the German population, which was replaced by settlers from the different parts of the Soviet Union. The Soviet administration tried to control the interest in remains of German culture and pre-war history of the region among Soviet settlers of Kaliningrad Oblast. With rare exceptions, open expression of interest in memory of Königsberg and East Prussia became possible only after the collapse of the Soviet Union.

Today, interest in Königsberg’s memory is visible among the local residents of Kaliningrad. I am going to approach Kaliningraders’ interest and attitude towards pre-war memory of the region through examination of representations of German culture in urban space and museum exhibitions. Also, I am going to collect and analyze oral stories about material objects related to Königsberg. In the latest conceptualization of this research, memory of Königsberg is characterized as cultural memory. Thus, memory of Königsberg is transmitted to Kaliningraders predominantly through such media as texts and images, instead of communications with the residents of Königsberg.