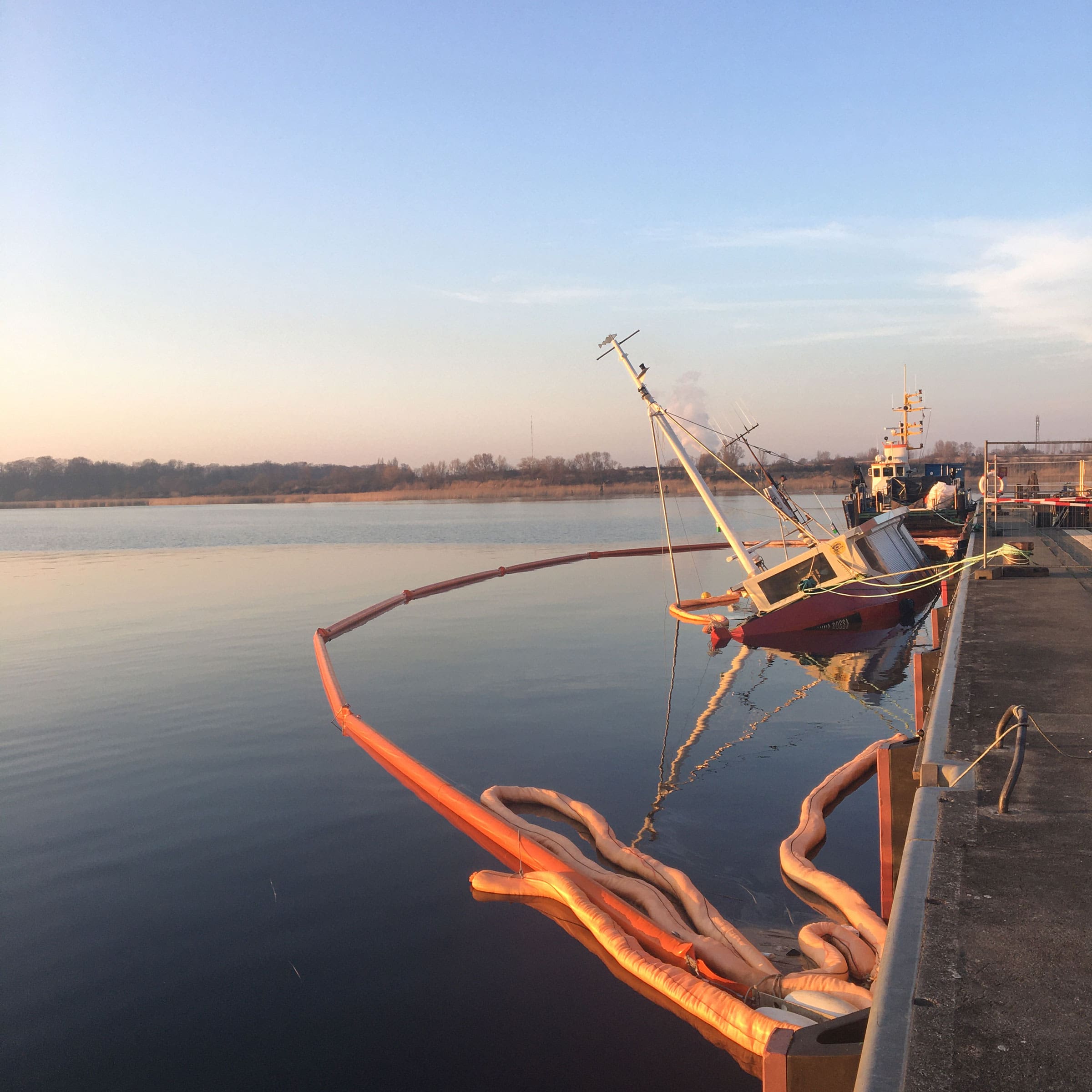 In week 7 of the current year, many European countries were hit by three late-winter/early spring storms, which made their way from Ireland, Great Britain, and Denmark to Northern Germany: Ylenia (16th February), Zeynep (18th February) and Antonia (20th February). An interesting pattern which could be followed were the predictions of these events in the respective media and the preparations regarding them: In Northern Germany, the national train service came to a complete hold, flood protection measures were taken in many places along the Danish coast and citizens were asked to not leave their homes and stay inside, if possible. A source of entertainment were livestreams from the British capital’s main airport Heathrow, where pilots were kept busy trying to land their aircrafts during heavy gusts of wind.

Three storms seemed to have been one too many for some: After “Antonia”, a boat used as a food stand by a local restaurant had sunk during the night of 20th February in the Rostock harbor and attracted curious visitors for the next couple of days, as seen in the image above.

What these storms also brought with them was, naturally, the memory of past flood events. Next to the pictures of the flooded Hamburg fish market (with the vehicles of some unfortunate car owners), photos of the traumatic flood which hit the city in 1962 resurfaced. Since this event indeed had its 60th anniversary on the 17th of February, interest was heightened, and the presence of contributions regarding it on the news was noticeable. For instance, the Northern German Broadcast Corporation (NDR) on their website compiled a collection of TV documentaries, radio broadcasts as well as photos informing about tragedy but also spectacular rescue and mutual support.

On the Baltic Sea coast, the storm might have raised attention for another anniversary, which is due in the second half of 2022: This year, it will be 150 years since during the night of 12th to 13th November the highest and most destructive storm flood measured so far hit towns along the southwestern Baltic Sea coast. The fact that this event had a severe impact, and with hindsight must be labeled a turning point, becomes apparent by the marks it has left not only in the landscape, but also in the urban space: Flood marks are still a visible proof of ongoing memory. And not all of them actually date back to the flood year of 1872; some are much younger and are renewed versions of the original marks, showing the will to keep the memory alive. 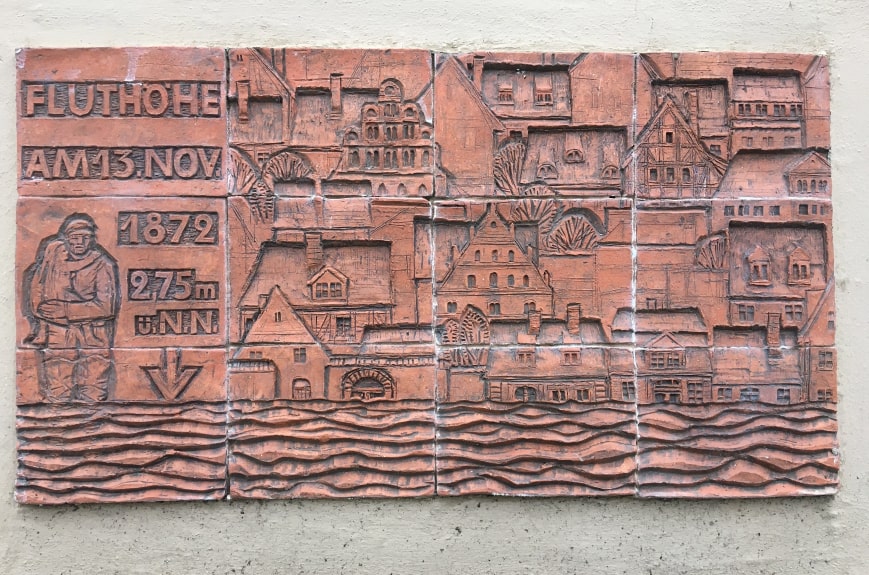 The city of Greifswald, as the location of the Baltic Peripeties International Research Training Group, can also tell its own story about this event. Archive material shows that not too long after the flood, no less than four (!) flood marks were installed on different buildings to show to the public how high the water had risen. Out of these four, two are still visible today, one directly at the coast on a building in the village of Wieck, the other one close to the harbor. This second one was formerly located on one of the city gates, Steinbeckertor. When it was torn down in 1951, a new mark was put onto a nearby building – a clear indicator for the awareness that the loss of this particular memory should be prevented. 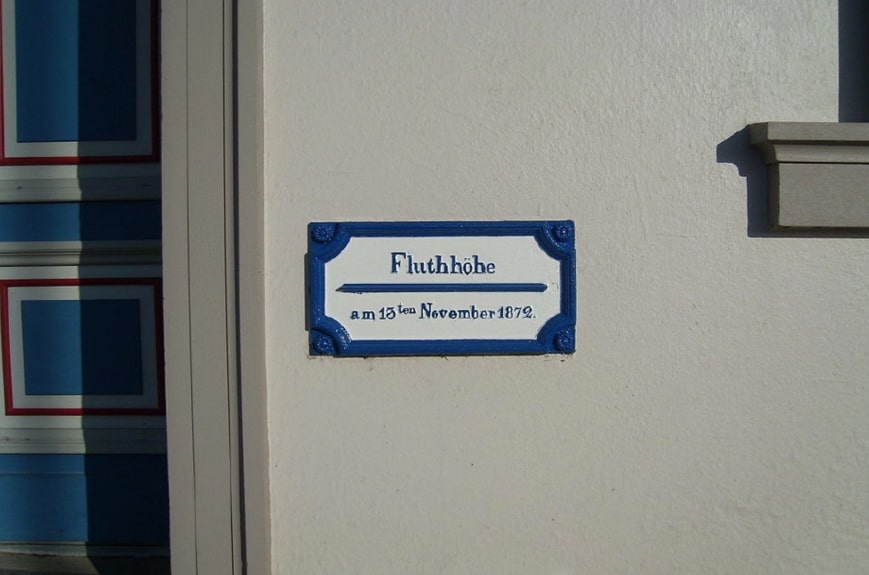 Another flood mark for the 1872 flood, here in Wieck near Greifswald. Photo: Wikimedia Commons.

To sum up the thoughts expressed in this short text: Storms like those in the middle of February 2022 bring back memories about former storms and storm floods; and the memory of those is still visible in public, but it has to be maintained through means such as anniversaries or flood marks, and their renewal. We have to ask ourselves if, and how, we want to keep the memory alive in order to possess an awareness of risk and to take on storms as we saw them recently. But, to end on a good note: It might also be said that coping mechanisms seem to have improved over time. As seen below, the boat in Rostock was lifted on 3rd March and will be ready to provide sunset-watchers in summer with everything they need. See you at the harbor! 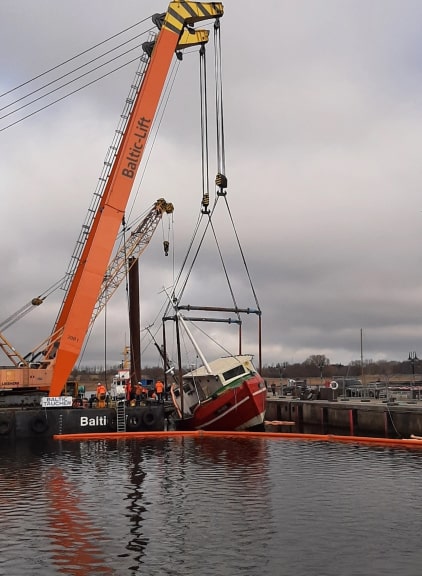 After the storm: The Luna Rossa is being retrieved from the waters. Photo: Published with permission from Thomas Weber.

Another flood mark for the 1872 flood, here in Wieck near Greifswald. Photo: Wikimedia Commons.

After the storm: The Luna Rossa is being retrieved from the waters. Photo: Published with permission from Thomas Weber.

Note: Different nations referred to the three storms under various names. The British Met Office referred to the first storm as “Dudley” and to the third as “Franklin”; German weather institutions named the second storm “Zeynep”, while it was known as “Eunice” in Britain and “Nora” in Denmark.