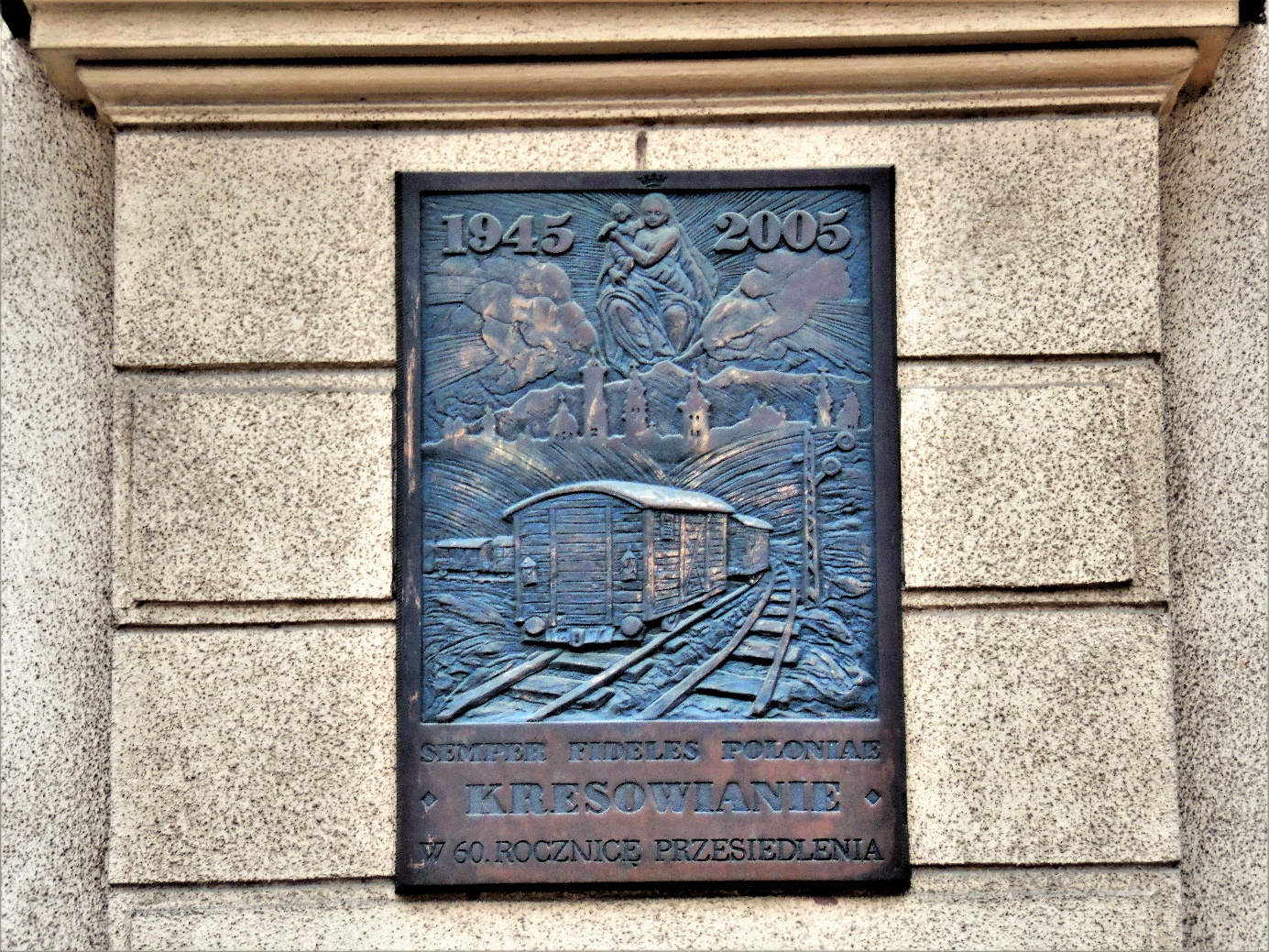 Different narratives and peripeties are reflected in the public commemoration of the expulsion of Poles from the Kresy territories in 1944-1947. Image: Plaque in Opole to commemorate the 60th anniversary of the resettlement of Kresy Poles. Nowy szeryf, CC0, via Wikimedia Commons.

The second research frame examines phenomena already understood as narrative and which, consequently, can be analysed with regard to their peripeties. The focus of the research questions is on the duality of every peripety: 1) the choice of peripety determines what its respective narrative will look like, and 2) the peripety is not given through a chain of occurrences, but is instead the object of a work of interpretation that determines whether or not an occurrence is suitable to act as a peripety. The research frame is therefore based on the hypothesis that groups in their various sociocultural dimensions – families, companies, organisations, regions, nations, etc. – are constituted through the construction of narratives. This hypothesis also claims that alternative stories of minorities exist alongside the dominant narratives.

Human production of meaning is fundamentally narrative. The IRTG “Baltic Peripeties” applies this premise to conduct innovative studies in the field of Baltic Sea region research.

The third research frame deals with the relationship between different constructions of peripeties.